Its structure is typically Venetian with pro-tempore offices and a decision-making body, the “Quarantia Etica” which works with a single purpose which is to obtain the Decolonization of the Venetian Territories occupied by Italy .

Currently the CLNV is made up of 40 operating people organized as follows: 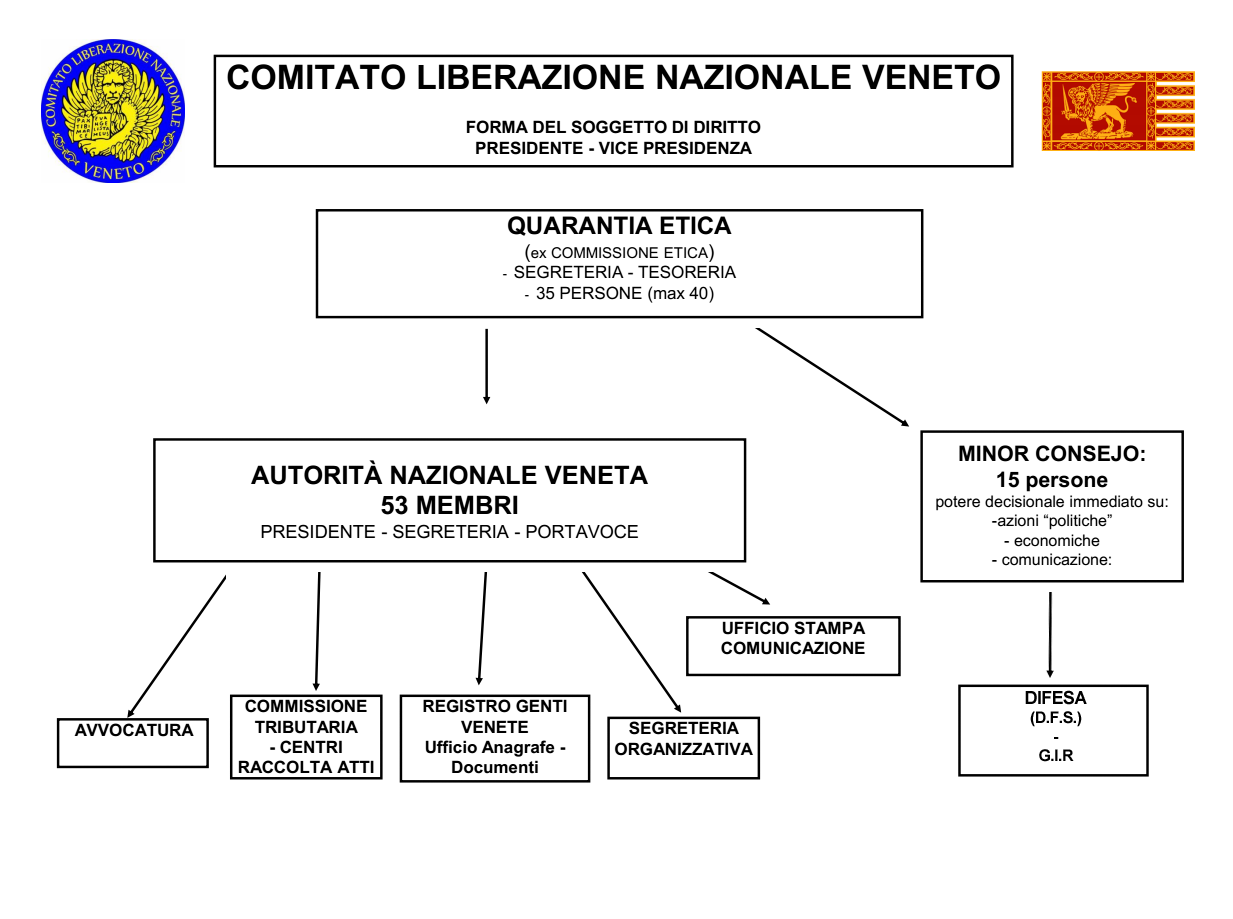 C.L.N.V.
THE FORM OF THE STATE:
THE INSTITUTIONAL BODIES

s required by the 2nd Additional Protocol to the 1977 Geneva Convention.
It is the representative body of the Veneto National Liberation Committee and manages relations with international organizations and third states. Partial legislative and executive power over the ethical and juridical choices of the CLNV with possible blocking or revision by the Quarantia Etica of the issued documents.
Formed by members of the former Ethics Commission and members of the former

In addition to the legal structure, the C.LN.V. issued the VENETIAN GENTI PROTECTION (TGV), a non-governmental support organization, council and defense for all those Venetians who declare themselves in a state of self-determination. Within the TGV structure operate the Rapid Intervention Groups that defend all private citizens and entrepreneurs who are victims of repressive actions implemented illegally and coercively by the Italian occupying state, with timely actions. 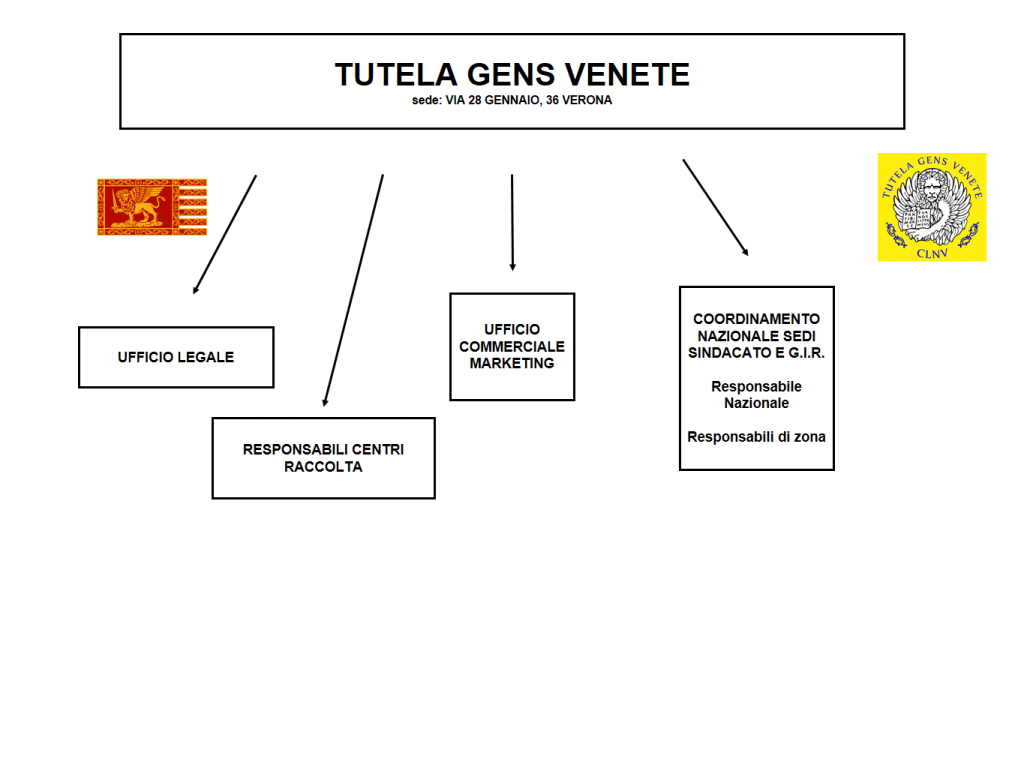